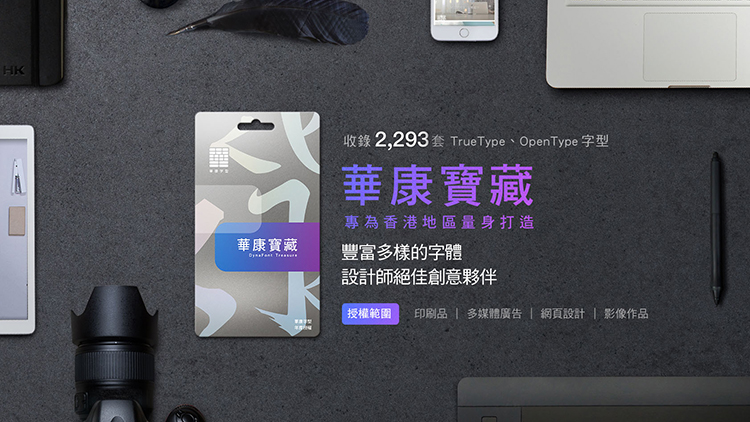 The DF King Gothic condensed font is based DF King Gothic, adjusting the character width to 90%, 85%, 80%, 75% of the original design. Preserving the curves and arches of the original typeface, the condensed versions allows more varieties and styles to be expressed. The space, angle and position of the strokes are individually adjusted and maticulously evaluated to create the best balance and maintain the highest readability, so even on small screens it presents the best results.

Inspired by the handwritten script from Latin language, the intricate lines and fluidity of the strokes, creating layers of elegant characters with rhythmic reading experience.

● DF UD Gothic
UD Gothic is designed as a response to the increasingly aging society in the 21st century, extended from the concept of Universal Design, and meant for the general public. UD Gothic is simplistic, majestic and accentuates easy legibility and easy reading for the elderly and those with vision disorders e.g. myopia and amblyopia, and even in a fast-moving environment. A sweet friendly design makes written communication more pleasant and relaxing.

In addition, there are now various styles of artwork and calligraphy fonts. You are invited to discover more font innovations in our own precious vault of unique fonts called DynaFont Treasure!

If you want to purchase the collection of DynaFont Treasure, please go to our official online font store –you can also learn more there about our design concepts and creative applications of DynaFont products. Welcome to see all the stories behind DynaFont characters!